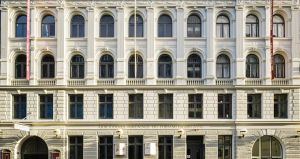 Deadlines for
submissions and notifications

• Notification of whether your session proposal have been accepted: December 1, 2019

• Notification of whether your individual paper proposal have been accepted: February 1, 2020

• Notification of whether your film proposal has been accepted: September 15, 2020

Nordic labour history conferences have been organized by the labour history institutes of the Nordic countries since 1974. The last conference took place in Reykjavík, Iceland, in 2016 and the participation and variety of sessions and papers illustrated the renewed interest in labour history in the Nordic countries. The conference led to the founding of Nordic Labour History Network and a more
systematic cross nordic cooperation, showing that the field is vivid and growing.
The next Nordic Labour History Conference taking place at the Workers’ Museum Arbejdermuseet ) in Copenhagen, November 26 29, 2020 will continue the efforts from Reykjavík of expanding the field with new approaches to what can be interrogated as labour history:

What counts as labour , where does labour take place and under what conditions, who constitute the working class and indeed ‘the
worker’, what can be recognized as labour organizing and workers’ associations.

The title of the conference Labouring Lives and Political Protest Across and Beyond the Nordic Countries is meant to encourage this expansion of approaches by pointing to the specificities of labour as such, of labour organizing, of workers’ associations and parties, of collective bargaining practices and traditions, of the lived lives of workers, of convergences of and segregations between workplace and home, labour and free time, of various forms of political protest, activism and dissidence, as well as the spatial and temporal geographies of labour within, but not limited to a Nordic context. Labour and workers travel beyond sectoral and national borders and thus labour history inquiries must travel too.

The Nordic Labour History Conference 2020 (NLHC2020) encourages contributions from both established and emerging fields of study within labour history. Throughout the NLHC2020 the following tracks will be recurring (further description of each track is provided in the last part of the CfP:

History of Fascism and Anti Fascism

Histories of Migrant and Itinerant Labour

Political Activism Post 1945
Papers and session proposals within the recurring tracks will be reviewed by the conference organizing team in collaboration with the researcher(team) responsible for each track (contact info below). Papers and session proposals outside the tracks are also welcomed and will be reviewed by the organizing team.

Researchers proposing sessions within or outside the tracks are encouraged to collaborate and exchange well in advance to ensure coherent sessions. Each session should include contributions from at least three Nordic countries. Individual papers accepted for the conference will be paired in sessions with attention to both topic and cross nordic exchange.

Along with the tracks, we are also organizing three special sessions for which papers can be proposed: One on de industrialization processes; one on maritime --, dock --, and shipyard labour ; and one on collective and individual life histories as entries to
labor history (see further descriptions of the special sessions in the last part of the CfP.

Nordic Labour Film Festival
The NLHC will be paralleled by Nordic Labour Film Festival (NLFF). NLFF is part of a global movement of labour film festivals and is organized by the collective RåFILM in collaboration with trade unions. If you wish to propose a film for the NLFF (your own or others), please contact the NLHC2020 organizing team (nlhc.cph@gmail.com) and coordinator Talat Bhat (talat@rafilm.se) with the subject “NLFF”.